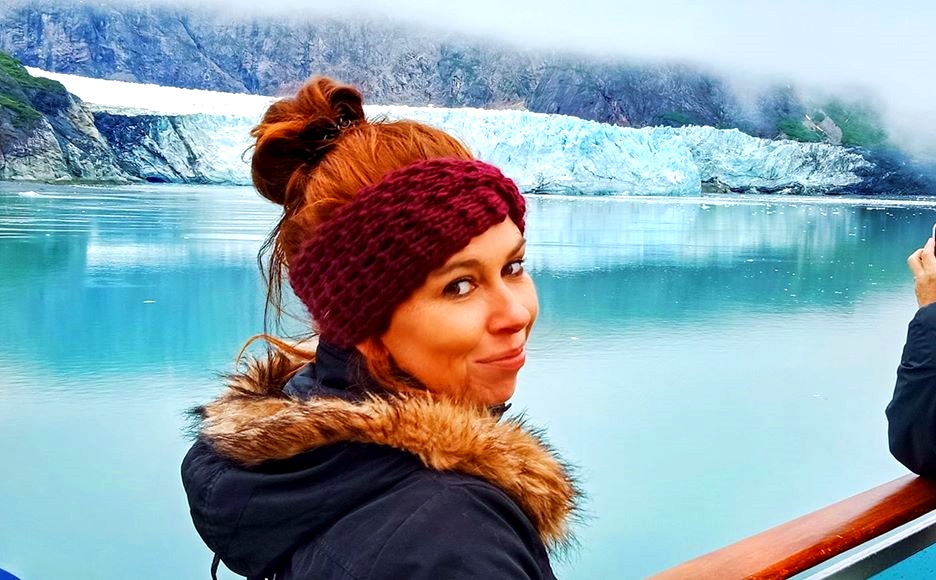 I left off my last post having just arrived in Anchorage. So I guess really, this post should’ve been titled heading south from Alaska back to Vancouver! But oh well!

The trip back to Vancouver was pretty much the same as over there. We stopped at the same places: Juneau, Ketchikan, Skagway, and scenic cruising through Glacier Bay National Park again. I think a lot of people would get bored going back to the same places on the same trip, but I like it because you have a chance to do things you didn’t get to do on the first trip. In saying that…I didn’t! Well to an extent. In Juneau, I went into the actual town. Not the part that’s showcased for the cruise tourists, but the actual part where people live. It’s completely different to the town right by the dock. I’m not quite sure where i ended up,but found myself up around where I’m assuming homeless people were living…bit unnerving, I definitely wasn’t in the tourist district anymore! I went bought myself some homemade Alaskan fudge to satisfy my sweet tooth (because that’s one thing I do miss when cruising, sweet confectionary!)

We were lucky on our second attempt at Glacier Bay National Park! It was perfect weather and got the full view of the glaciers from the get go. The people on this cruise didn’t know how lucky they were!

I purposely left Ketchikan until last, because I have the most to write about it. Well, the day/night before Ketchikan was eventful! When we arrived in Ketchikan, I headed to the old part of town again. Away from the tourist hustle and bustle. Because I was after McDonalds. When you’re hungover, nothing beats a Big Mac. And America has the best Big Macs. I walked for 30 minutes hungover to get that Big Mac! Now you’re probably wondering why I even mentioned the fact that was I hungover….I mean, it’s no secret that I enjoy the bars on a cruise!

Lets flashback to the afternoon before. Martini demonstration to be exact. I love the martini demonstrations! Anyway was super keen to try and get a free martini. That’s all my mind was set on. As well watching the talent of drink making too of course. First demo, and a new guy was performing. Next thing I know, a martini glass has been knocked off the table, breaking aaaaaaand there’s a piece of glass in my eye. Now what happened exactly after that, I’m not really sure. I went into the bathrooms to flush my eye out, thinking that was it. I came out to concerned passengers and staff. Off to the medical center I went, with me protesting that I was fine because I wanted to watch the martini demonstration. A couple of hours, eyeball anesthetic, lots of poking and prodding, eye drops and an incident report later (I just can’t escape them, it’s like being at work still!) my eye was fine, albeit very irritated and dry, but I wasn’t going to go blind! So, I was very disappointed I missed the rest of the martini demonstration. Priorities, I know. However I had a night filled of them so it certainly made up for it! And hence the hangover the next day in Ketchikan!

Let me say that I can’t fault the staff/cruise line at all for this. I’ve had plenty of people ask me why I wouldn’t complain about it, or even sue them! Why would I?! I’m not blind, I have no permanent damage…it was accident and it happens. I think people forget that sometimes, that accidents happen and it doesn’t have to be anyone’s fault…there’s literally no reason for me to hold a grudge. The staff were great, footed the medical bills, had flowers sent to my cabin and even became a running joke for the rest of the cruise between me and officers I had never met before. People definitely knew I was by the end of the cruise! A shitty incident doesn’t have to ruin a holiday or be turned into a bad experience. But I guess that’s just my outlook on life!

Luckily that happened in the last few days of the cruise so I only had to put up with a dry red eye, and putting eye drops in for a few days. The last few days were uneventful, other than the usual trying to get my weights worth of alcohol in at the bar and trivia’s and dancing!

To sum up Alaska, it was amazing. No photos, or stories I can tell will do Alaska justice. Going in June (which is the start of their summer months) was a great time. It was mostly nice weather (even in Vancouver, it was warmer than the winter back here in Australia), with the exception of some cold days, obviously. But being that winter wasn’t too far gone, there was still plenty of snow around on the tops of the mountains to appreciate it still looking ‘Alaskan’. I never thought I’d have the chance to sunbake by the pool surrounded by snowcapped mountains! The abundance of wildlife we saw without even having to go out of our way to see it; bald eagles, whales, orcas, sea otters, mountain goats…Also the scenery in Alaska is something of another world, and for someone who despises the cold, I loved it and would go again in a heartbeat.

On that note, stay tuned for the next post of my 2019 adventures! 😉 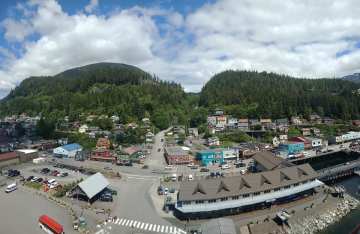 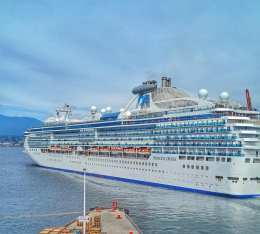 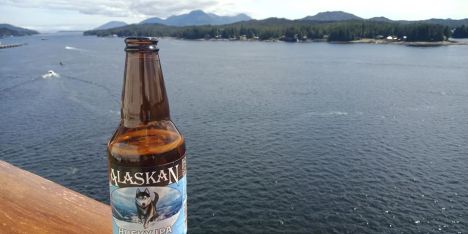